I think Noah captured how a lot of us feel about Rep. Brian Daniels. Read the letter below originally published in the Faribault Daily News.

I am 17 and interested in learning more about politics, so I contacted Rep. Brian Daniels with an interest in volunteering on his campaign. He responded with an invitation to tour St. Lucas with him and Rep. Schomacker. During this experience, I was impressed with Daniels’ attitude and character.

As we toured St. Lucas, Daniels and Schomacker asked questions about the facility and staff. They were especially interested in the staff because of the shortage of nurses in the medical field. Both representatives were concerned about this shortage and, as members of the Aging Committee, were (and are) working to understand and reverse the trend. During the meeting, I was equally impressed with Daniels’ respect and humble attitude.

Daniels did not speak ill of his opponent, Patti Fritz. There was no mudslinging or verbal put-downs, and not even a hint of ill will was apparent in his voice. In addition to his respect for Patti Fritz, I was impressed by his sincerity. He expressed a genuine concern for the people in our district and a drive to serve them.

I learned a lot from my visit with Daniels. The tour made me aware of a pressing issue facing the medical community and it also demonstrated how politicians work to serve their constituents. Finally, I was impressed with Brian Daniels’ character. I only wish I were old enough to vote for him. 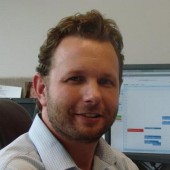 Endorsed by Small Businesses and by Minnesota Gun Owners

Listen to my newest radio ad about rising insurance costs