On Saturday, October 22nd, an interesting ad was placed in the Northfield Weekender by  activist Doug Jones of Nerstrand, MN.

The ad was a copy of the MN Campaign Finance and Disclosure Board’s ruling from December 2013 on the DFL/ $100,000 Fine/Senator Kevin Dahle connection.

Doug submitted these comments to the Rice County Republicans to explain the ad:

“In October 2012 charges were filed  about  (the) direct mail advertisements,  supporting 13 DFL  Senate candidates, paid for by the DFL . The pieces showed  Kevin Dahle and now senator from Waseca-Owatonna-Faribault Vickie Jensen posing in the pictures. Despite this graphic self-indicting evidence, the MN Campaign Finance and Disclosure  Board did not rule until late 2013 that the “independent expenditures” were not independent and $312, 641.19 was spent in excess of the legal campaign spending limits for the thirteen candidates. For Dahle, the amount was $19,444.37. The actual spending was more than that but technically only the over the limit spending was prosecuted.”
Senator Dahle’s $19k  of illegally coordinated spending  was  over the limit by 16% ;  he won by 71  out of 84,000 votes”.

The ad will run again on Wednesday, Oct 26th edition of the Northfield News, or here is  a copy of the ad  to peruse if you don’t get the paper. 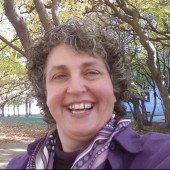 I am political activist in Rice County MN.