Ethics That Go Beyond Rule 56

Rule 56 of the Permanent Rules of the Minnesota Senate outlines the standards of ethical conduct members are to follow. In the first section, 56.1, it reads as follows:

“Members shall adhere to the highest standard of ethical conduct as embodied in the Minnesota Constitution, state law and these rules.”

While that language sounds very official, the truth is that the Minnesota Constitution, as powerful a document as it is, contains nothing which addresses ethical conduct of legislators. Nor does Minnesota state law.

In the end, ethical conduct of legislators appears to be self-regulated with the voters having the ultimate power to replace any legislator who, in their opinion, fails to practice ethical conduct. Perhaps that’s how the founders intended our system to work.

Let me be clear about where I stand.

Politics is an important part of our American and state history, but the pursuit of political goals should never overshadow the virtues of kindness, charity and humility. As your State Senator, I’ll work hard to make sure they never do. 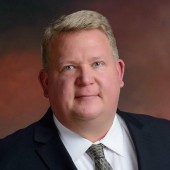