Thank you to FreedomWorks for recognizing me as their ‘Member of the Month’– I’m proud to keep working for #MN02 on important priorities like Juvenile Justice reform and cutting wasteful spending. Read more below-

“For example, his continued work on the Juvenile Justice Reform Act, which would reauthorize and reform the Juvenile Justice and Delinquency Prevention Act, is crucial in promoting public safety… This legislation would aid in keeping juveniles out of the criminal justice system and away from unnecessary influence by more dangerous criminals, as well as reform the practices used to criminally prosecute juveniles.

“Having representatives in Congress like Rep. Lewis to stand up for… fiscally responsible policies and not allow reckless and unaccountable government spending to go unchecked is critical to tackling the larger problem of our nation’s debt.”

Government goes to those who show up. FreedomWorks makes it easy to hold your elected officials accountable in our fully interactive Action Center. 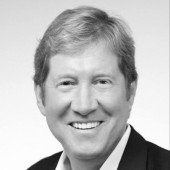 “I understand the critical importance of our small businesses to our Minnesota economy, unlike Craig, who is more interested in the Democratic big business, big labor agenda. As your next Representative in Congress, I will fight for small businesses and an economic plan focused on restoring growth and jobs to Minnesota.”