OLA to investigate $25 million in DHS overpayments to tribes
The Pioneer Press reported Thursday about $25 million in overpayments by DHS to two tribes for Medicaid services. The overpayments stretch back five years(!!) and were apparently stopped only in May. Even though the overpayments were halted in May, the Waz administration only alerted the Legislative Auditor 11 days ago—the Legislative Auditor confirmed yesterday they will be opening an investigation. Rep. Zerwas issued a statement shortly after the news broke, renewing our calls for hearings on DHS. Rep. Zerwas also formally requested the memo obtained by the Pioneer Press detailing the overpayments, but DHS has so far not provided it. The tribes have pointed the finger back at DHS, and there seems to be a lot more layers to this story we don’t know yet—we will stay on it and keep you posted of any updates. 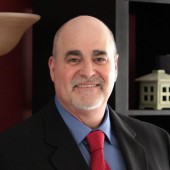 “The reason I decided to run for office is I didn’t like the direction this country and state was headed.  It seems like the Liberal Democrats are trying to grow the government and give themselves more power and strip away our family values and rights.”

Endorsed by Small Businesses and by Minnesota Gun Owners

Listen to my newest radio ad about rising insurance costs

Legislative Update from the Representative Brian Daniels 24b